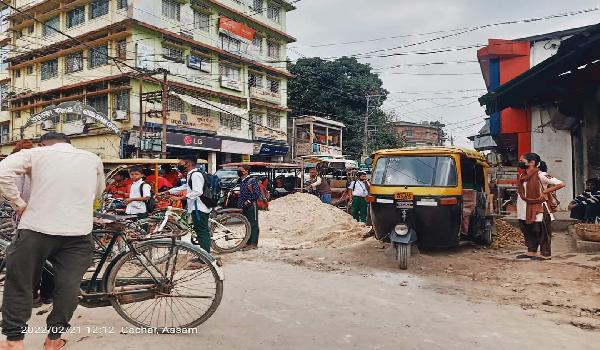 Due to the movement of buses transporting security personnel towards Manipur, which is in the midst

Due to the movement of buses transporting security personnel towards Manipur, which is in the midst of a state election, tomorrow may see traffic gridlock in various parts of Silchar. However, authorities are making every possible effort to keep the town as free of traffic as possible. Cachar SP Ramandeep Kaur confirmed this on Wednesday.

On Thursday, four special trains carrying 46 CAPF companies would arrive at the Salchapra and Silchar railway stations, she said. The security troops will disembark from the train in Cachar and  transported to Manipur by road.

"More than 350 buses stat ned at ISBT and ISTT will pick the security personnel from the railway station and move towards Jiribam, Manipur. Due to movement of buses carrying security personnel, there are chances of traffic congestion in some areas of Silchar" Cachar SP Ramandeep Kaur informed.

"All traffic personnel are alerted and briefed. All necessary measures to ensure smooth passage of the election vehicles bound for Manipur would be made. As trains are staggered, so based on requirements, traffic diversion would be made" she added. As a result, citizen are urged to plan their travel routes carefully in order to avoid delays.